CPAC and the fascist international

With the ascendency once again of fascism in the world, it is important to have a clear definition for fascism. The following definition developed by historian Robert Paxton in 2004 is in my opinion the best one I’ve yet come across:
“Fascism may be defined as a form of political behavior marked by obsessive preoccupation with community decline, humiliation, or victimhood and by compensatory cults of unity, energy and purity, in which a mass-based party of committed nationalist militants, working in uneasy but effective collaboration with traditional elites, abandons democratic liberties and pursues with redemptive violence and without ethical or legal restraint, goals of internal cleansing and external expansion.”

“The U.S. government should end its prosecution of Julian Assange for publishing secrets,” the editors of the Times, the Guardian, Le Monde, Der Spiegel and El Pais wrote in a joint letter published Monday. #publishing #julianassange #publishingisnotacrime

As a building energy use professional and ecologist, I have been appalled at the invention and use of the term ‘net-zero’. Here is an article which lays out the problem with it. Read and be informed! My dear friend and mentor Luis Lopezllera passed from this life the end of  October. Luis was the kindest, gentlest, most positive person I believe I have ever met. We met in Mexico City in 1986 in the aftermath of the Mexico City earthquake through the Partners of the Americas when San Francisco was ‘partnered’ with Mexico City. On that first trip to Mexico, Luis introduced me to the urban slums where masses of poor people were living in makeshift housing on dirt floors. We then worked together on and off over the next few years focusing on my bringing microcomputers and internet access to the NGO community in Mexico and throughout the region.

Luis was a great man, a true realist, a stellar human being. There are very few people you meet in life who are truly humble, largely behind the scenes, doing transformative work. Luis was one of them.  Luis had a vision of a better world and he worked tirelessly to achieve it. Through his organization, Promocion del Desarrollo Popular, he had great effect upon many people and movements.  If you search on his name, you will get an idea of the scope and reach of his life and work. Example.

Luis you are already now and for a long time to come will be sorely missed. You are present in our hearts and minds.

An article I penned last month has gotten quite a bit of circulation. Here is one such reprint.

I helped train 10 professional architects here in Pretoria in building energy performance simulation modeling using DesignBuilder software. Thank yous to the University of Pretoria Department of Architecture for use of their classroom facilities, to the Pretoria Institute for Architecture for arranging attendees, and to the Fulbright Specialist Program for bringing me to South Africa to share my knowledge and experience. 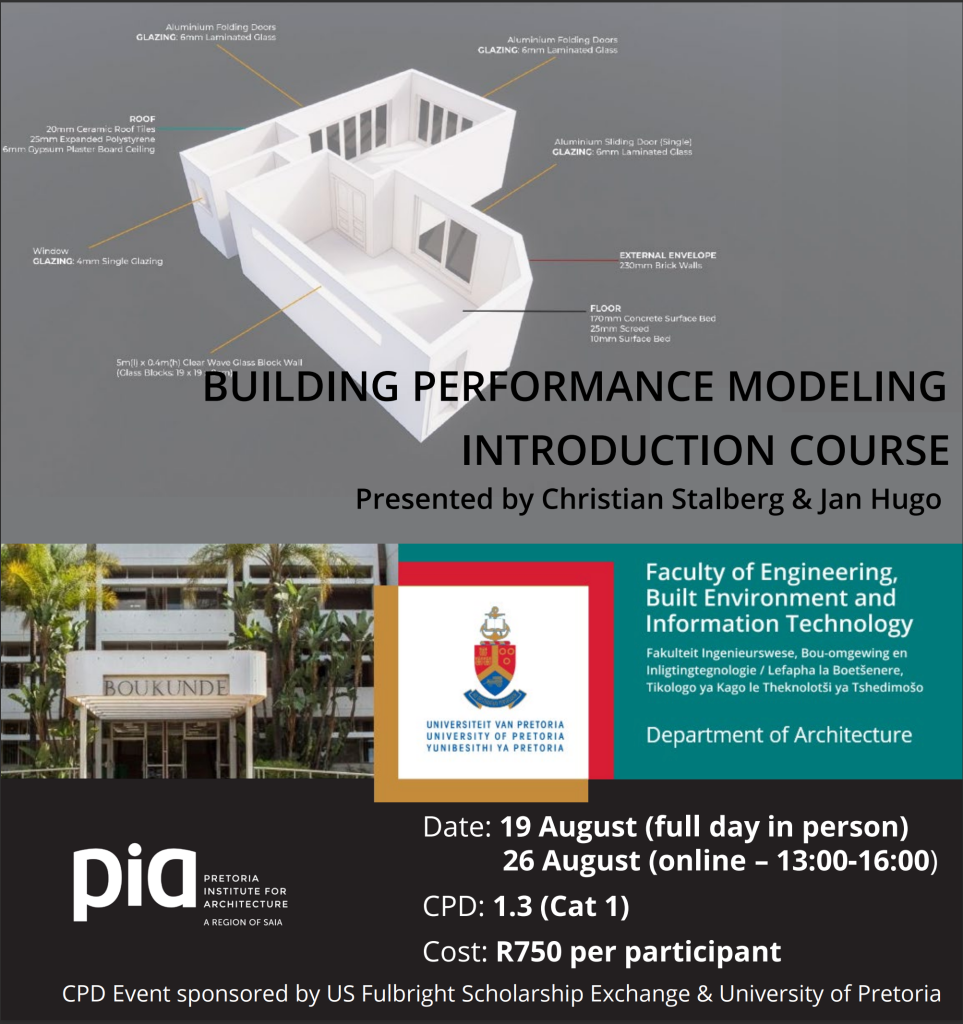 Once again the masters of neoliberalism, capital accumulation, and globalization meet to maintain business as usual. This year they’ll focus on 1) co-opting climate chaos; and, 2) quelling resistance from the baking/drowning/burning/starving peasantry.

Swiss Military Give Schwab 5,000 Troops and ‘No-Fly Zone’ for This Year’s Davos Summit

Life on earth is 3.8 billion years old. Homo sapiens has only been around 200,000 years. A small fraction of that has seen non-native plants spread, yet look at the impact. We must cease the destruction emanating from our anthropocentrism. We must become as students before our teacher Nature.

Industrial food for profit has resulted in a highly vulnerable food production system. Now with climate chaos upon us, we must diversify our food crops. No more monocultures!